In the most extensive study on dialect in schools to date, the Ludwig Uhland Institute at the University of Tübingen came to the conclusion that children in Baden-Württemberg only rarely speak real dialect. Your day-to-day language life lies somewhere between dialect and standard language. The Language Office in Southwest Germany surveyed primary school students in the 1st and 2nd grades and their teachers nationwide and compared the results with a kindergarten study in Bavarian Swabia.

Prof. Dr. Hubert Klausmann, head of the research project, explains: “The simple contrast between dialect and High German no longer exists in south-western Germany. Many children today move linguistically on different levels between the old local dialect and what is generally considered to be High German.” There are large spatial differences. Rural regions with great opportunities for identity and large distances from the big city are retreat areas for the dialects. “In addition, the attitude towards the dialect plays an important role: if the assessor finds dialect positive in a child, the proportion of children speaking the dialect increases. For me, the most important measure against the loss of dialect is therefore very clear: Linguistic variations must be understood as something normal,” Klausmann summarizes his results.

The Eva Mayr-Stihl Foundation supports the project. “The dialect and its cultivation are very important to our founder – even if it is Upper Bavarian. Our founder spoke cultivated Swabian. That's why our Waiblingen-based foundation not only supports the Bavarian language, but is now also committed to the Swabian language," says Michael von Winning, member of the Eva Mayr-Stihl Foundation's board of directors. "Dialect is a high cultural asset that must be preserved."

Prime Minister Winfried Kretschmann launched a dialect initiative in 2020. Children and young people in particular should be encouraged to speak the dialect again, because this is the only way to preserve this cultural treasure for the future. "In order to be able to successfully implement this initiative, this investigation of the status quo is, in our opinion, very useful preparatory work," says von Winning, "because if the topic of dialect in its diverse form and history of origin is also to find its way into schools, like the state government is planning, you should know and be able to assess the influencing factors.” 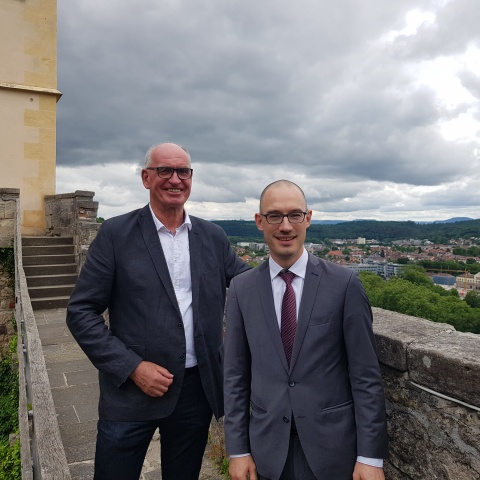