The German Association for Agroforestry (DeFAF) e.V. can look forward to financial support from the Eva Mayr-Stihl Foundation for its further strategic and organizational development. “We know about the potential of agroforestry from our commitment to forestry,” explains Michael von Winning, board member of the Eva Mayr-Stihl Foundation. “However, farmers and foresters in Germany are struggling, also because the structures are not designed for this. That's why we want to strengthen the DeFAF by promoting the further development of the association and its work." On April 1, 2022, another employee, Philipp Westerwalbesloh, was hired for the office in Cottbus thanks to the funding, so that four team members are now doing the work of the DeFAF implement full-time. As a consultant for the development of the association, Philipp Westerwalbesloh will primarily support the board and the individual departments in the content orientation and strengthening of the association's structures over the next three years.

Since its founding in June 2019, the DeFAF has seen a steady increase in members and activities in the areas of research, education and public relations are increasing significantly. As a non-profit association, which is primarily dependent on voluntary commitment and donations, the DeFAF, with the support of the Eva May-Stihl Foundation, is now in a position to tackle the growing challenges and future tasks with additional energy and to promote the use of agroforestry as a sustainable and future-proof land use system in Germany to advance Germany further.

In agroforestry, woody plants are combined with arable crops and/or animal husbandry on the same area. This creates synergies that have clear advantages in terms of area productivity, climate resilience and environmental performance compared to pure cultures. The DeFAF sees itself as a link between agricultural practice, supporting science and politics and would like to bring the actors together and professionally accompany the dialogue on agroforestry.

About Philipp Westerwalbesloh: Philipp Westerwalbesloh studied Industrial Engineering (BSc) and Technical Logistics (MSc) in Bielefeld and Duisburg. From his professional time in strategic port development in Hamburg, he brings his skills in project coordination and the transfer of information between politics, business and society. His practical experience in solidarity and regenerative agriculture and permaculture led him to agroforestry. 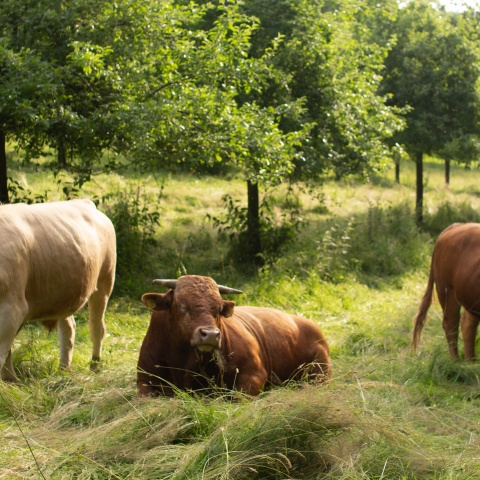