This linden tree has obviously impressed people for many generations. It is already described and mentioned in ancient scriptures. The Irish writer James Henry wrote in 1859 about his trip from Karlsruhe to Bassano in Italy by foot, and mentioned this impressive, hollowed-out linden tree through which one could look up into the sky. According to historical archives, the Swedes fought around this linden tree during the Thirty Years' War; the chapel from 1480 burned down completely in 1634 and remained in ruins until 1698.

The inside of the linden tree is so completely hollow that one wonders how it can still supply its crown with water and its roots with sugar. A school class with 20 children fits into the trunk cavity. The “cave entrance” in the linden tree has a Gothic pointed arch shape and is almost 1.50 m high and 1 m wide, and there are several “windows” (holes in the trunk coat) through which one can look out or climb. This makes it resemble a chapel. The top of the trunk is also a big hole like a chimney. As a result, standing in the linden tree, you can see the crown and, in winter, the sky. 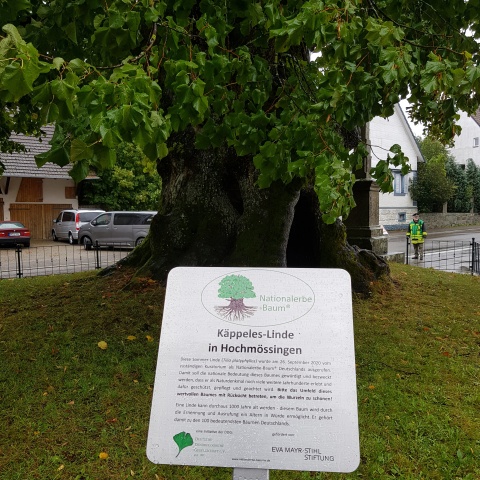 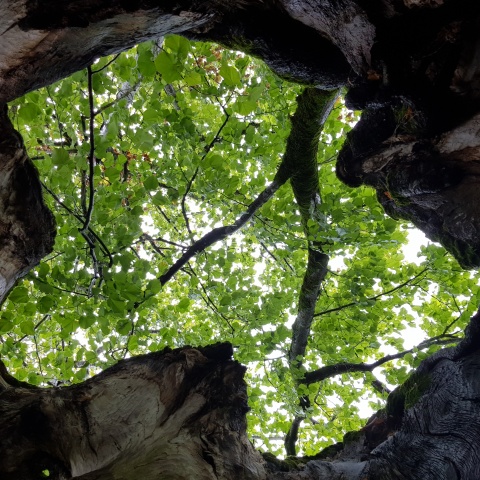