Dr. Dominik Seidel is the winner of the German Forest Science Award 2018. Prof. Christian Ammer, Chairman of the Award Board, and Robert Mayr, Chairman of the Eva Mayr-Stihl Foundation, presented him with the award at the Forest Science Conference in Göttingen. "The forest scientist Dr. Dominik Seidel gives completely new insights into the significance of forestry measures for the forest structure. Its results make it possible, among other things, to optimize the use of forests for the conservation of species that are bound to specific forest structures," Ammer explained the decision of the Board of Trustees. Mayr emphasized the significance of the award and said: "The German Forest Science Award is the most important and most highly endowed forest science award in the German-speaking world. The Eva Mayr-Stihl Foundation is proud to have launched this award and to honor outstanding junior scientists such as Dr. Seidel." The award winner thanked him with the words: "The German Forest Science Award means a lot to me. Not only because flexible funding is probably the best, but also because it is testimony that new methods can really deliver exciting new insights. "

Dr. Dominik Seidel is researching at the Department of Silviculture and Forest Ecology of the temperate zones of the University of Göttingen. His work deals with the three-dimensional structure of the forest and its relation to the different functions of the ecosystem on the basis of modern laser technology. Productivity, biodiversity but also aesthetics and other functions of the ecosystem depend on the structure. Together with colleagues from other disciplines, Seidel explores the form, architecture and structural complexity of individual trees and attempts to decipher how the structure of many trees generates the structure of an entire forest. An essential part of his work is the development of the required methodology.

The German Forest Science Award, funded by the Eva Mayr-Stihl Foundation, is the most highly endowed forest science award in the German-speaking world, worth 15,000 Euros. It has been awarded every two years since the year 2000 by the four forestry faculties in Germany together with the foundation as part of the Forest Science Conference. The prize recognizes outstanding research by young scientists on the conservation, use and function of forest ecosystems.

For the first time, a bronze sculpture nearly 40 centimeters high was presented this year in addition to the prize money - the forestry science trophy. It is intended to give even greater prominence to the value of the award. The artist Thomas Hildenbrand designed the stylized tree. The sculpture weighs around three kilograms. 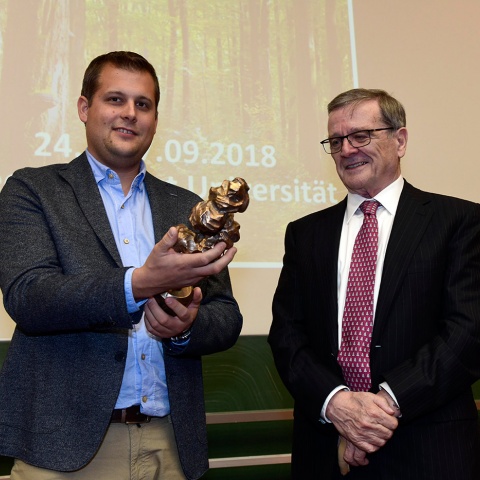 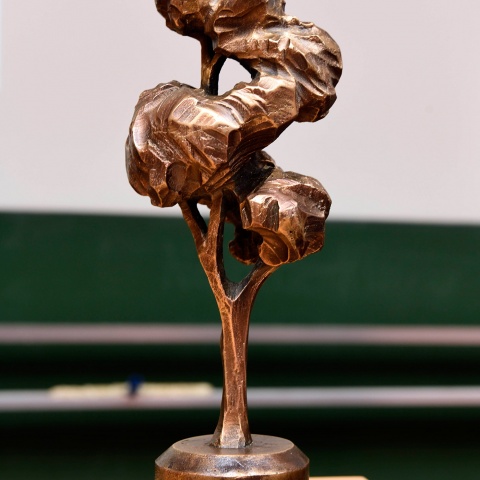 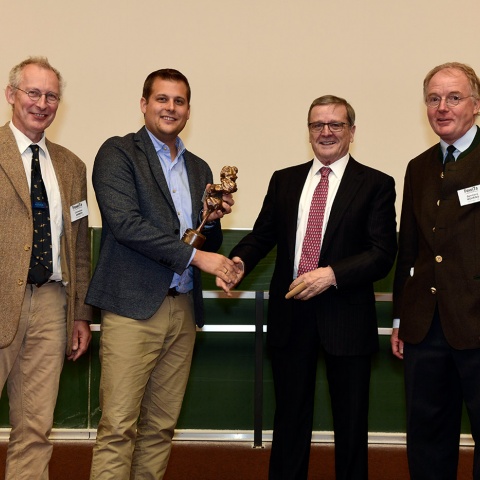