The steel sculpture “Metrical (Romanesque) Constructions in 5 Masses and 2 Scales” consists of five plates of steel. David Rabinowitch orginally produced it for the ‘documenta VI’ in Kassel and calls it a major work. It has been in outdoor depots of the Stuttgart State Gallery for more than 30 years, was sent out on loan and relocated several times. Today, the four original parts are severely corroded and the largest piece has to be reconstructed.

The Staatsgalerie asked the artist for his assistance. He inspected the work personally and drafted the necessary specifications for reconstruction and restoration together with a restorer of contemporary metal works of art. They produced a dimensioned drawing to match the original parts. First of all, the missing part had to be newly fabricated from structural steel, i.e. the plate was cut, drilled and pickled. The new steel had to be artificially aged to match the old parts. In a second phase all the parts have to be pickled, passivated and oiled together. These processes will be difficult and time-consuming due to the weight and size of the steel plates, and also because of the many different phases and specialists involved.

As soon as he received the first written request, David Rabinowitch was enthusiastic about the idea of making the metrical sculpture fit for exhibiting again. The artist brought with him from New York twelve relevant sketches from 1974-78 that could be used for preparing the template and left them with the State Gallery.

The Eva Mayr-Stihl Foundation supports the project with a donation of €19,000. 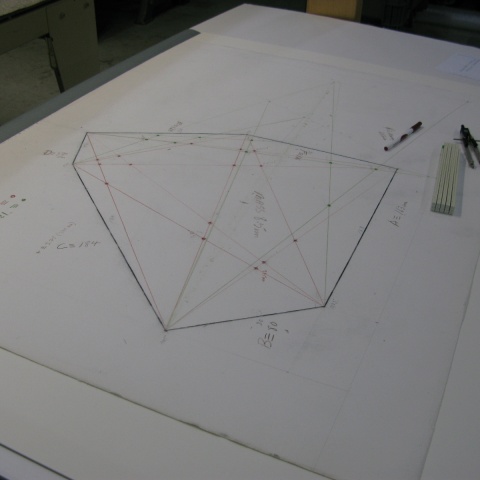 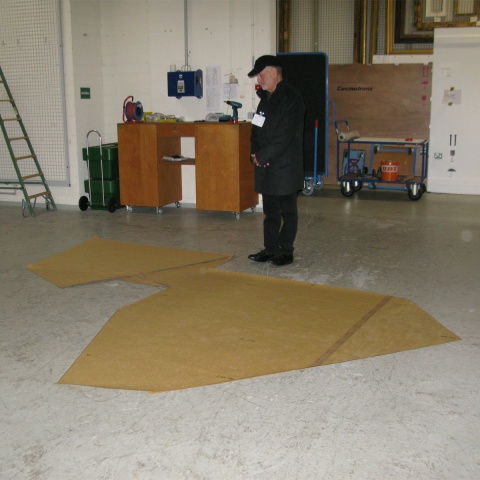