The Young Academy for Sustainability Research has been launched

The Young Academy for Sustainability Research has started its work at the University of Freiburg. The academy, located at the Freiburg Institute for Advanced Studies (FRIAS) and funded by the Eva Mayr-Stihl Foundation, is the first of its kind in Germany. 16 scientists at the post-doctoral level from Freiburg as well as from international universities and research institutions will work together on scientific projects in the field of sustainability research over a period of two years. The academy is interdisciplinary in its approach. Among others, researchers from the fields of environmental and forest sciences, history, political science and law, anthropology, mathematics and engineering are represented. To the overview of academy members.

In addition to promoting scientific discourse, the academy aims to stimulate initiatives at the intersection between science and society. "Science no longer takes place at a desk or laptop alone - it's about finding solutions to society's problems," said Academy member Dr. Rita Sousa-Silva at the Academy's opening ceremony on October 28, 2021. The keynote address was delivered by Prof. Dr. Klaus Töpfer, former Executive Director of the United Nations Environment Programme and former German Minister for the Environment, Nature Conservation and Nuclear Safety. Thekla Walker, Baden-Württemberg's Minister for the Environment, Climate and Energy Sector, and Prof. Dr. Martin Haag, Freiburg’s Mayor for Urban Development, Construction and Mobility, provided welcoming remarks. To the video of the opening event.

From now on, the academy members are in regular exchange and will work on joint projects and events. They themselves determine the focus of their joint projects. The intersection between science and society will also be expanded to include an artistic dimension. As the first “Artist in Residence” at the Freiburg Institute for Advanced Studies, the Berlin artist Katrin von Lehmann will accompany the Academy’s work.

To the press photos

For more information about the Young Academy for Sustainability Research 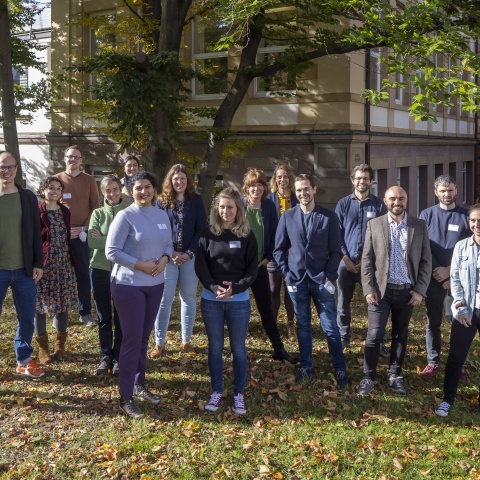 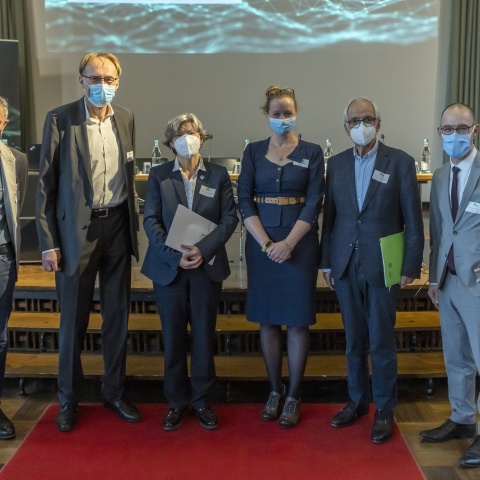