“Good art makes you think of things which have more to do with yourself than with what the artist intended.”
Tobias Rehberger (* 1966)
German Sculptor

"Nine to five (everyone has off, I’m the only one that has to work)" – that’s the name of the sculpture by Tobias Rehberger which has adorned the Erlen island in Waiblingen since 2016. It consists of the eight-meter diameter platform which is intersected by red and blue lines. On it are nine yellow or blue polymer concrete stools. In the center there is a brown, almost five meter high column decorated with orange colored lines: The time of day is determined by the interaction of the shadow cast, lines and stools.

The column, however, functions not only as a clock hand, but also as a source which delivers drinking water at the press of a button – but, as the sculpture’s title suggests, only in the core working hours between nine and five o’clock. Rehberger‘s art moves freely between painting, sculpture and performance art.

This donation from the Eva Mayr-Stihl Foundation enables the beholder to combine the enjoyable with the useful – passers-by can simply ignore the sundial, sit on one of the stools and let the world go by. 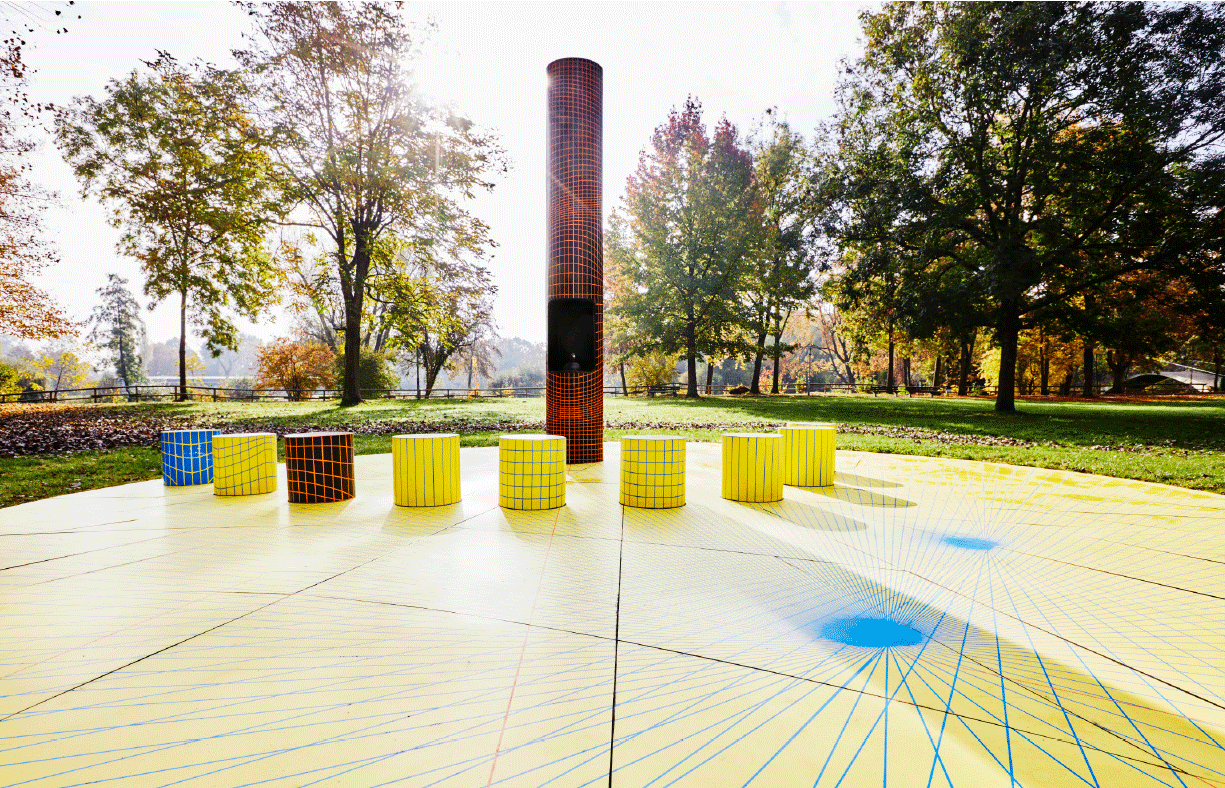 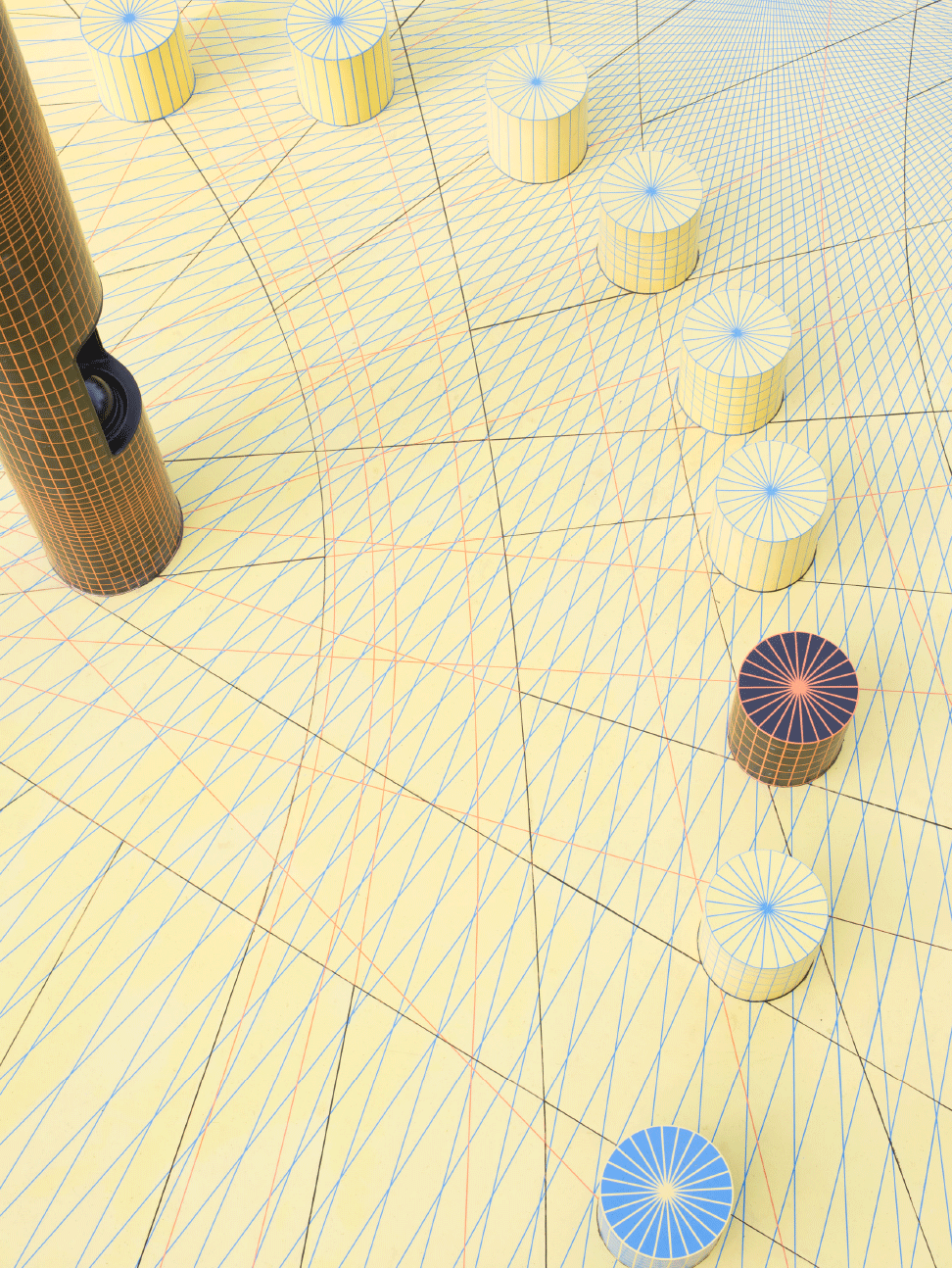 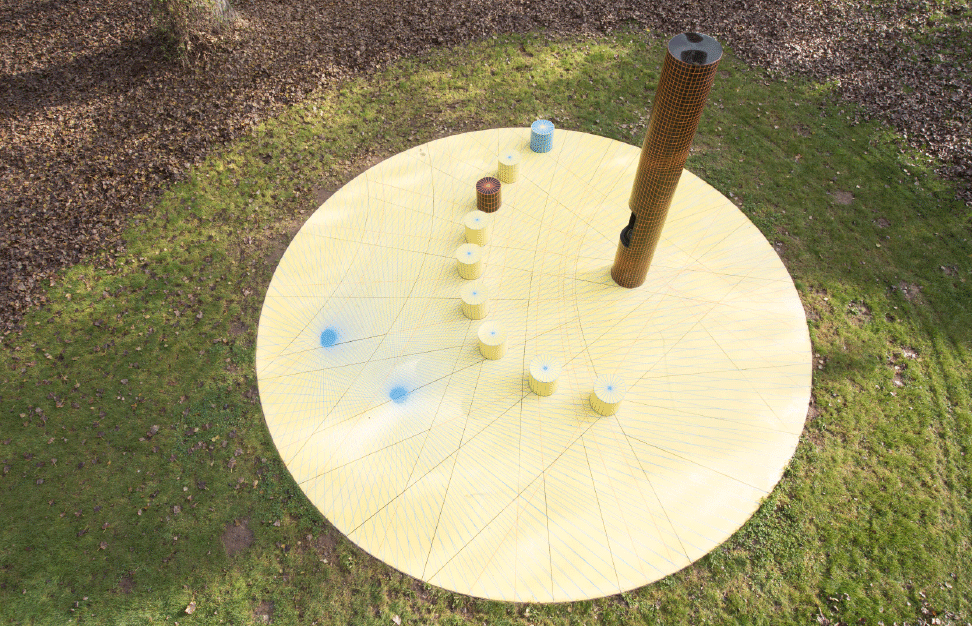